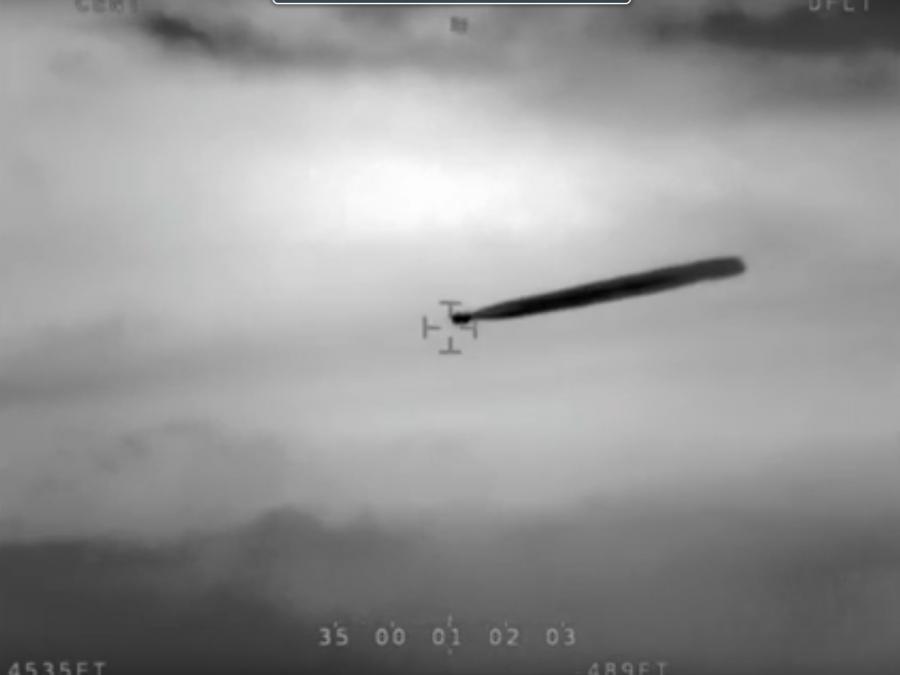 A military helicopter captured the incredible footage in November 2014 during a routine coastal patrol.

The craft – spotted in broad daylight – was filmed using the chopper’s infrared camera.

The “UFO” can be seen hovering in the clouds before appearing to give off some sort of gas as it moves along.

The pilots tracked the craft from around 40 miles away and tried several times to communicate with it.

After receiving no response, they reported it to a pair of nearby radar stations.

But shockingly, neither of them were able to see it on their screens – despite being able to detect the navy choppers.

Air traffic controllers also confirmed that no aircraft had been authorized to fly in the area where the craft was sighted, according to the Huffington Post.

Chilean government agency the CEFAA, which investigates UFO sightings, has been probing the incident for two years.

But after examining the footage and quizzing the pilots, air traffic controllers, and radar operators, CEFAA are still stumped as to what the object is.

This video Ranks 3 on our ranking system.
Tags: 2014FLIRmilitary