Interesting capture by Jose Angel Castro of a Cigar shaped UAPs that seems to be flying away from the camera before it disapears. Cigar UAPs haven't been reported for over seven decades and they are some of the rarest and yet largest UAPs flying in our skies. Was this one of them or something more mundane? The only thing that comes to mind is possibly a Cessna was flying away from the videographer and some optical illusion has happened to mask the body of the aircraft.

I suppose that might be possible if you went to an airport and experimented recording take offs and landings. Maybe its just another UAP as there are alot of them flying around Earth and this is a global phenomenon not a US only issue. 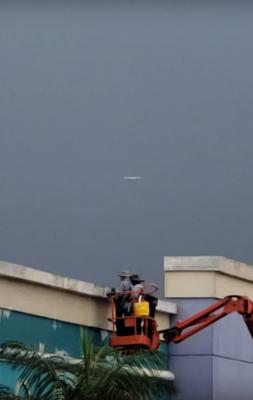