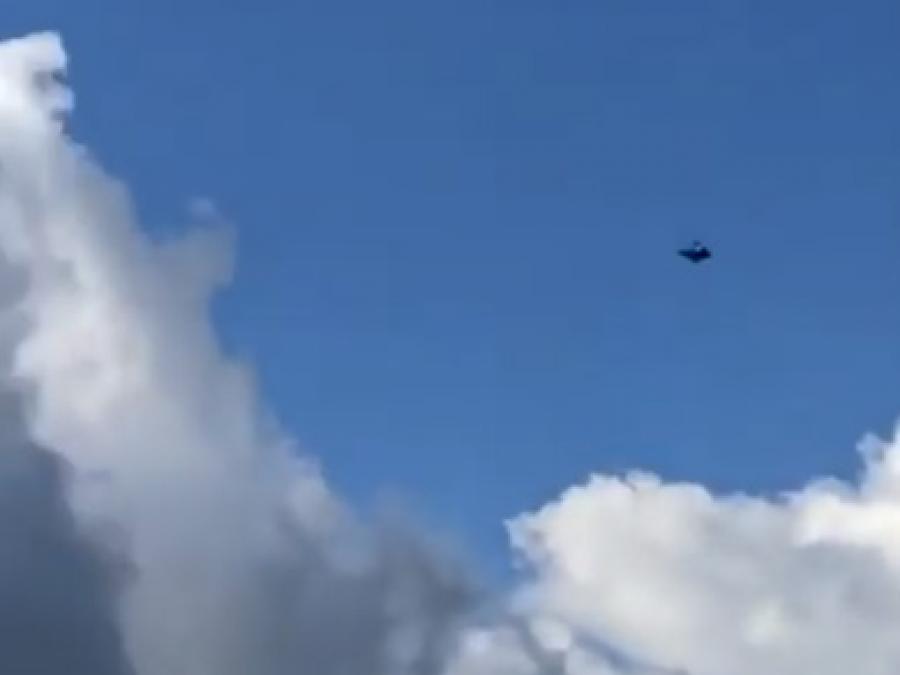 This was captured on cell phone by Alonso MC on December 17, 2019. There are a few other witnesses that got out of the car to look the object. We can probably rule out CGI but you can really never too certain anymore. The Ovni is passing by an airport since you can see the object passing over a radar tower.

We'd hope that there is some type MUFON in the area that investigate this case and get to the bottom of it. GetOnThisPlanet Stabilized the video which is embedded below.

I don't see any tell tale signs of an CGI here. At this point it's an unknown and something to cross reference against future videos of UAPs.

I here all the time, where the clear UFO videos? Well here is one of them. But for the deniers nothing short of a landing is good enough for them. Those people are constantly moving the goal posts, which I learned by the Phoenix case. 450 eyewitnesses saw a huge boomerang, but the deniers don't care. They toss every single one of those reports in the trash and say 'we sticking with the one teenager and his telescope explanation of the event'.

This video Ranks 2 on our ranking system.
Tags: DiscCoasta Rica2019Phone