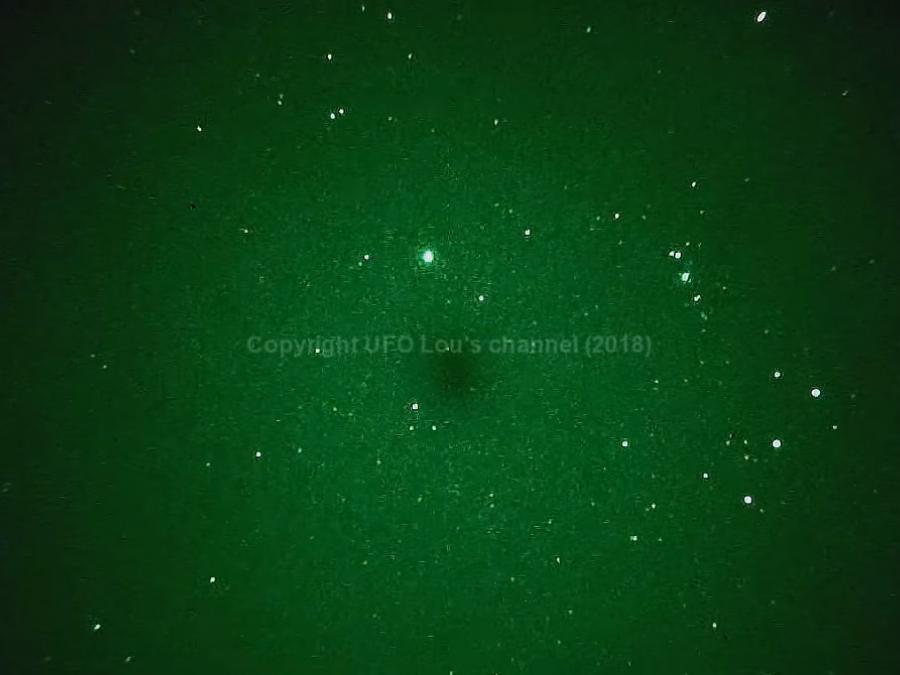 UFO Lou's has been a leader in nightvision skywatching for years. This is perhaps his best capture showing there are no satellites that move like this!

In this video a UAP comes down from the upper corner of the screen and flys down the lower corner, stops and reverses its direction of travel. This of course is not a satellite and when you use systems as much as Lou has. You learn as you go watching nightly footage of what's a bird, what's a jet, what balloons look like on this system. I hear the word bats thrown around as an explanation to explain just about anything picked up these systems that doesn't fit into the satellite category.

Lou's easy to build system is pictured below.

This video Ranks 2 on our ranking system.
Tags: UFO LouUFO changes directionLand Down Under2018