The Phoenix Lights Boomerang Objects from 1992! 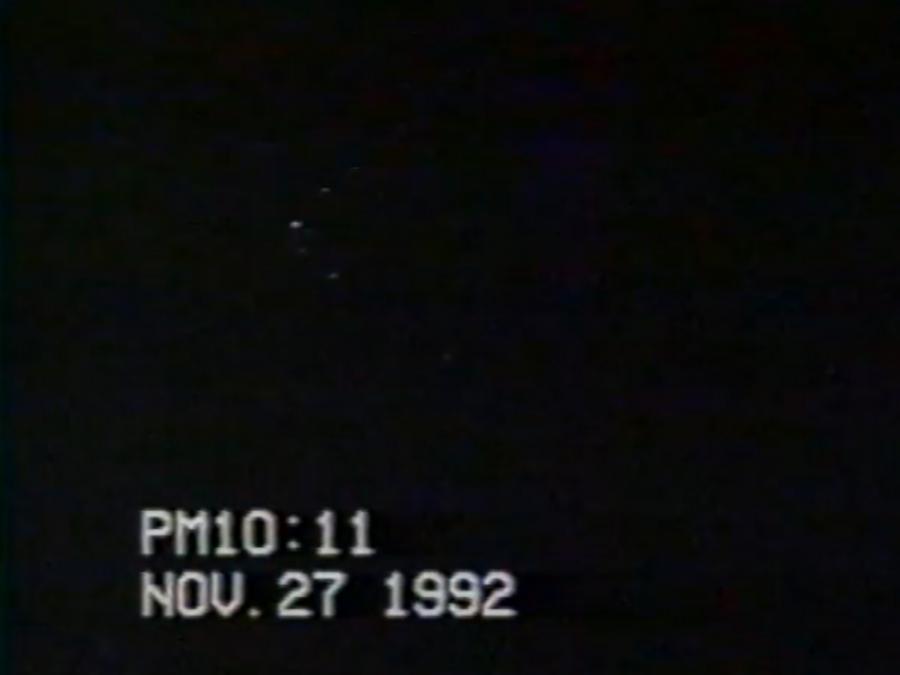 This object was almost a complete xerox of what happened 5 years later in 1997. This event was captured on November 27, 1992 by a couple in Ahwatukee, AZ. Not only was it recorded in the same general area as we know the 8:30 March 13 Vee also did the same flight path. Like the boomerangs and triangles on March 13th it flew from North to South flying loosely along I-17.

Why didn't this trigger a mass event? There's lots to factor in that equation.

It was late at night and it can be quiet cold outside during this time of year.

March 13, 1997 was a nice clear evening to be out and it people enjoyed the chance to see the Hale-Bopp Comet.

This couple was very observant and like witness 5 years later looking at the same type object. They wondered was it a solid big object or individual objects? So you can see in the video stars passing by telling us this probably isn't a giant triangle. But more likely 7-9 individual lights traveling in formation and behind this is another object just like it that's hard to see. You can see see a light flashing in sequence about 2 to 3 times. Later as they are flying away the cameraman pans to the object behind it and it also has the same light flashing in 2-3 times on and off.

Is that flashing light part of the boomerang as a solid object? If so it's a very large object. We just don't know, it could be a jet trailing. What I find amazing is they had a camera handy and captured this to begin with. Cameras were even rarer in 1992 and for a have one at the ready for an event like this great for trying to understand what taking place.

Compare that against the only video of the Vee or Boomerang from March 13, 1997 above.

A few years ago I recall seeing a video like this November 1992 video except it was shot in California at night on the side of a freeway. A woman recorded a clip just like this, there was some profanity of it. I wish I could find it as it's down the memory hole. Maybe a reader can provide some tips, or if you know of other videos, or have seen this type of large strange UFO leave some comments below.

This video Ranks 2 on our ranking system.
Tags: BoomerangPhoenix Lights1992VeeTriangle