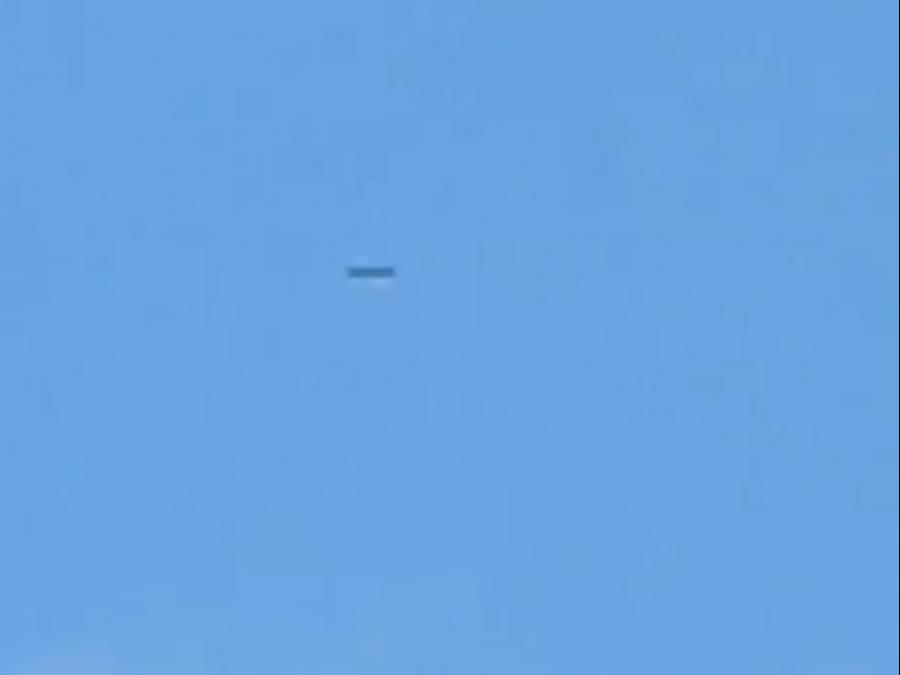 There seem to be two types of these cigar shaped UFOs recorded in the daytime.

You have the white glowing type of object that's usually heading from point A to point B rapidly.

Then you have these darker cigars that don't seem to be moving very much at all and just lingering in one spot.

Since I'm a very skeptical skywatcher, but I also think there are strange unknown objects that can't be explained by mundane explanations. I get the debunker angle. The first type of cigars to them are just commercial jets misfilmed or the Sun caught it at a strange angle, and the other type are solar balloons! I've learned from the not listening to that crowd when it comes to this stuff since they got the Tic Tac video wrong. If that Tic Tac video is real and it looks to be the case, the cigar shaped craft have to be on the table to be studied and not just written off.

This video like the daylight cigar also from the UK 2013, you see the Sun reflect off the body of the object. As a researcher of this field we know that 95% of all sightings can be linked or explained as mundane Earthly objects. We're all looking for that 5% that has been captured by various recording media. Is this video one of those 95% or part of 5%?

There's not enough data here to make a solid determination as to what it was. This needs to be stored in a database and compared against all of the best cigar UFO videos to find a pattern to it.

This video Ranks 3 on our ranking system.
Tags: CigarUK2018