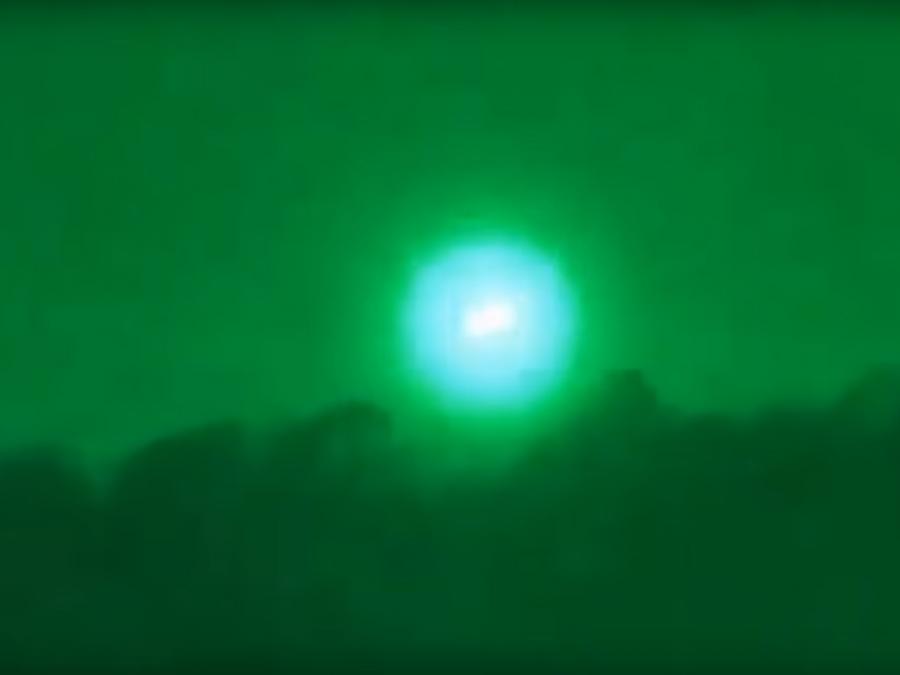 This CE5 compilation was put together from youtube channel TheBeginning IsNear. Researching this and going through what might be a hundred hours of this type of material on youtube to find some of the best is time consuming. My thanks for your contribution to the research community. For those who don't know what a CE5 is.

Close Encounters of the Fifth Kind:

A Close Encounter of the Fifth Kind is a UFO event that involves direct communication between aliens and humans. This type of close encounter was named by Steven M. Greer's CSETI group and is described as bilateral contact experiences through conscious, voluntary, and proactive human-initiated cooperative communication with extraterrestrial intelligence.

Many of these clips are from skywatch parties where they shine lasers on strange objects above hoping the object flashes back. Using night vision outside of a city over the course of a few hours you'll seen dozens of satellites.

If you choose to do a CE5 and plan to use lasers be 100% sure you're not shining them at an real aircraft and don't even try this in a large city.

I have 5 P8079HP tubes myself and have built and 3D printed my own custom housing. I've tried HD and 4K cameras and since I live in a huge city the idea of lasers is not on the table unless I go on a road trip outside of the Phoenix area. 99.9% of what you'll see are just satellites going in the straight line. The only reason you see them is because the Sun is reflecting off the satellite. Most of visual satellite traffic is seen within 2-3 hours after Sunset and 2-3 hours before Sunrise.

Out of now hundreds of P8079HP Skywatchers around the planet using these real first 1st generation night vision tubes from old British Military tanks there's some interesting footage captured. Again the 95% rule applies very, harshly to P8079HP Skywatchers as nearly everything you capture is going to turn out nothing more than some company or countries military technology circling above you. All of this skywatching with hopes that one night you'll get something that doesn't go in a straight line, or a group of objects in formation, a power up or flashing from objects you're capturing. With the P8079HP Skywatching will be hard to find UAPs since Elon Musk plans to litter space with 10-40,000 star link Satellites in the very near future as hundreds of them launch at a time.

Some of these video captures in the compilation were the result of people spending hundreds of hours skywatching and these clips are some of the 5% of strange objects that just might not be a mundane satellite in orbit. 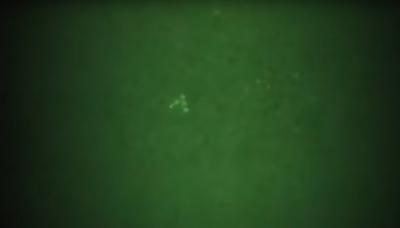 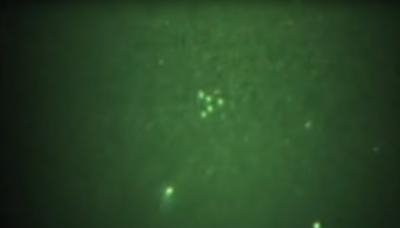 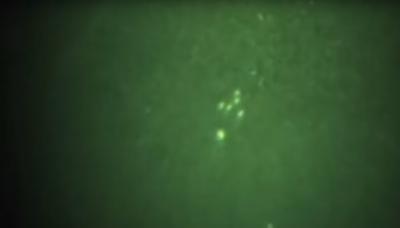 This Vee shaped object turns and does a full 180 on camera! Is this the Vee shaped craft from the Phoenix Lights case? Tim ley saw this video and said that's pretty close to the carpenters square object with 5 lights that flew over him on March 13, 1997.

Tim made this computer graphic pictured above to the right to show people what he and his entire family saw that night.

This video Ranks 2 on our ranking system.
Tags: CE5NightvisionBoomerang