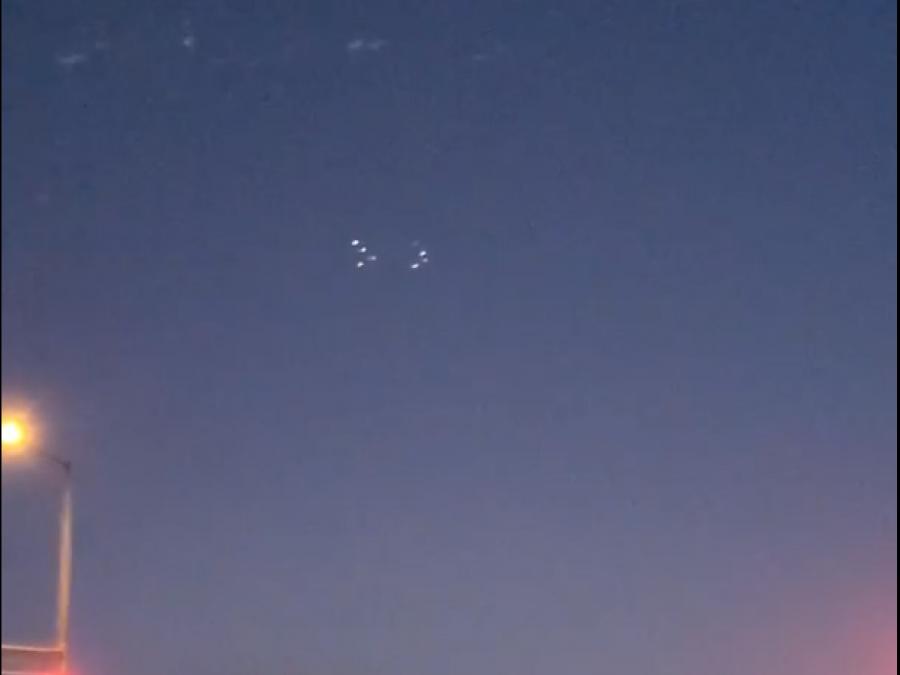 This was captured by Leonard Farfan He had his window down and saw these objects. They made no sound and where heading Northeast.


I find cases like this very interesting because of personal reasons with the Phoenix Lights and wanting to know what that object was that flew down Arizona on the night of March 13, 1997. There reports say a large Vee or boomerang was seen over Phoenix at 8:30. Then reports are of a larger black triangle that flew North to South also flew over.

The pairing of two boomerangs and how it keeps repeating itself over and over in separate cases by witnesses that aren't connected is fascinating!

Here is the video from 28 years ago of 2 Vees closing following each other on November 27, 1992 in Ahwatukee, AZ.

If you've recorded objects or any UAP you want to share you can contact me, or use the Submit News button in the to menu..

This video Ranks 2 on our ranking system.
Tags: boomerangVee2019TriangleNew MexicoPhone