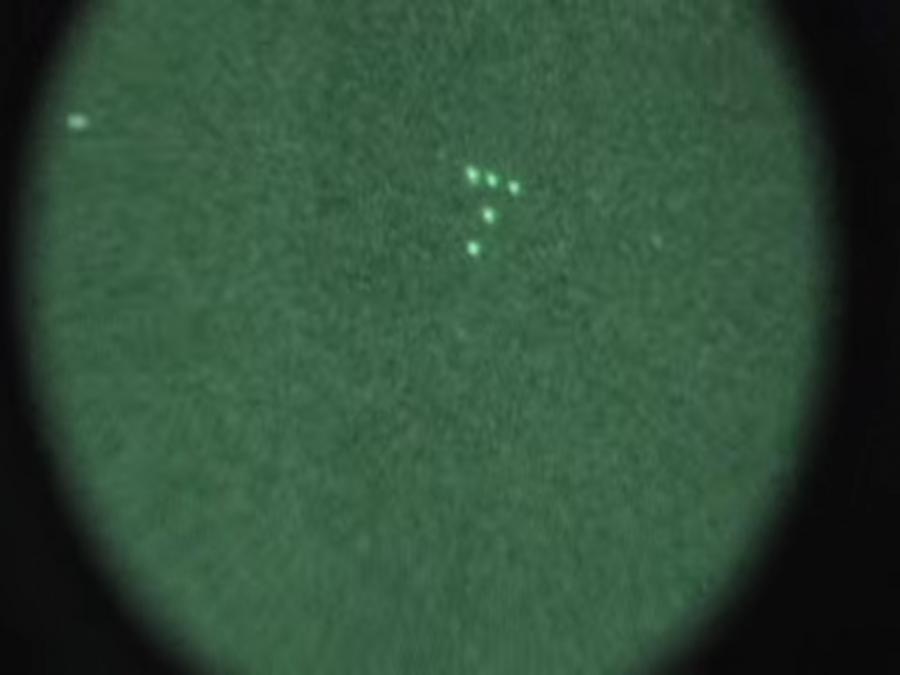 
These objects are above the clouds as he loses track of them. I know you can pick up birds on night vision. I have yet to see any videos of them glowing and flying above clouds. According to Chad Underwood the F-18 Superhornet pilot that recorded the Tic Tac video. He says you don't see birds up high up 5,000 ft or higher, they stay down around 2,000 ft or lower.

Then a short time later Kevin captures it again. This time he has four objects instead of five.

Captured on 06-11-2010.
With a longer video to study its clear this is a group of objects and they are not connected to one large solid shape. Kevin states his wife behind him couldn't see the object at all and you needed night vision to even see it.

Then a year later kevin captures them in a triangle formation.


Captured on 05-26-2011
I have over 3 different night vision tubes and I often leave them run all night long on a tripod. Then the next day the video is loaded up onto one of the 5 monitors I have on the wall and fast forwared looking for anything it recorded. I haven't seen anything fly across my system that even looks like what Kevin has captured 3 different times.

This video Ranks 2 on our ranking system.
Tags: boomerangtriangleVeeCalifornia2010