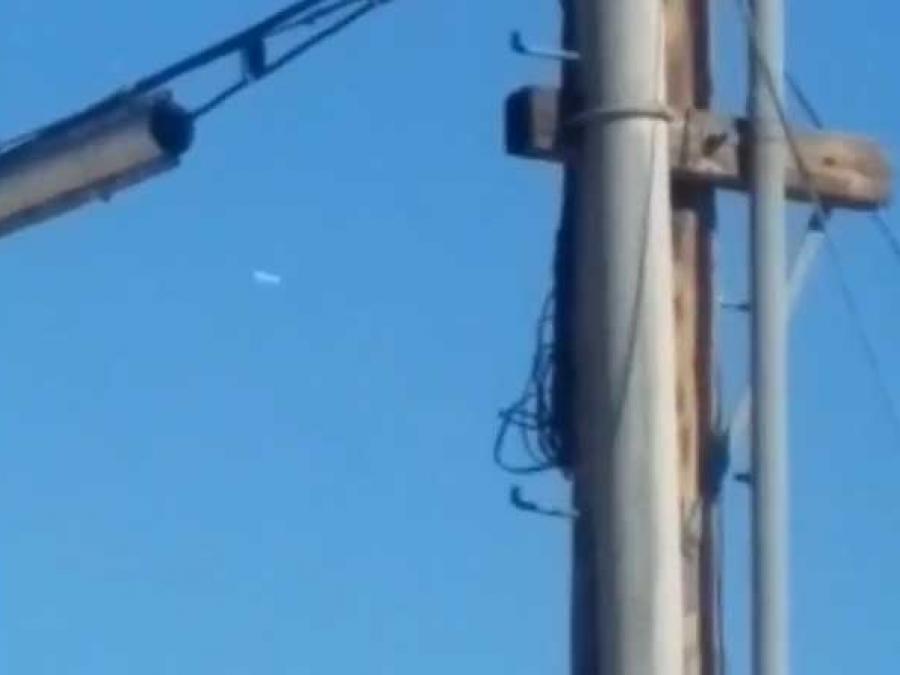 Cigar shaped UAPs are captured quite often due to their large size they're easily to locate in the view finder.

Youtuber SASQUATCH TORTOISE posted this video in or around June 18, 2018. He writes "Recorded on way to school when my 5 year old said look at the plane, it's going as fast as we are..i noticed it was sitting still. Told my older daughter to start recording. It started to move...pauses..goes in reverse..then continues on..".

So you're probably watching the video like I am. Thinking this is just a jet going across the sky. Now all the sudden it stops! Then I give it a hard stare, as it has my attention now. The cigar then backs up in reverse and then goes forward. As the video ends it looks like it started reversing again.

This clip I must have watched 3 dozen times now and I just can't figure it out! Things that look too good to be true typically are because 95% of all videos are some Earth bound object. Was this a real capture? Was this some sort of optical illusion created by the car slowly moving and panning the camera sideways? Was the entire shot 'in camera' or was it digitally rewound by clever reverse editing? Or was it a real UAP doing maneuvers that don't make any sense to us?

I was curious about this video and saved it and started stabilizing it in Adobe After Effects. One thing I noticed is the 'tail' has a bit if J look to it that's to be expected if its the of tail of jet. Maybe others will see this also doing video analysis.

I'm a believer but I'm really skeptical because its hard to find those videos that are in the 5% unknown category. I just think the answer here is a more practical solution. Such as something happened in with the car creeping forward and the camera person could have moved the phone to to the left. The camera then seems to give the cigar the impression it hovered and then went in reverse. That's just my educated guess and just up the road is Skyharbor Airport. Jets coming in for a landing back to back and if this just an optical illusion it shouldn't be to hard to stumble upon this type of effect in camera.

In order for a case such this to become a good case cemented into pillars UFOlogy the person who recorded it needs to go on record. An investigation on the ground needs to be done and the footage examined. Then checks to see if this is just an illusion as I described tested against the footage. Once all avenues have been exhausted and your left with no other reason than UAP.

Then it becomes a good case for UAP. Until then it's another interesting video, a data point to connect the dots.

There are 2 Cigars types if you study these type of UAP clips.

Type 1: White cigar shape always travels in the direction of the nose. Looks much like just a commercial jet going from one city to another.

Type 2: Metallic cigar seems to be floating, never captured heading to another point rapidly like Type 1 does. This type is said to be just solar balloons.


Here is another Type 1 Cigar I recently wrote about.

Watch this video and you'll see it behaves just like the first video does. It looks like a jet but its glowing the phosphorous white color the small ones do. This cigar appears to stop and drop and that takes the camera woman by surprise.

Both of these objects have to be one in the same. Either they are jets over exposed and the the person in inadvertently creates an optical illusion in the camera when other objects of reference enter the scene. Or it's a real UAP but they all happen to be moving forward 95% of the time like a jet does.

This video Ranks 2 on our ranking system.
Tags: Cigarchanges direction2018Phone