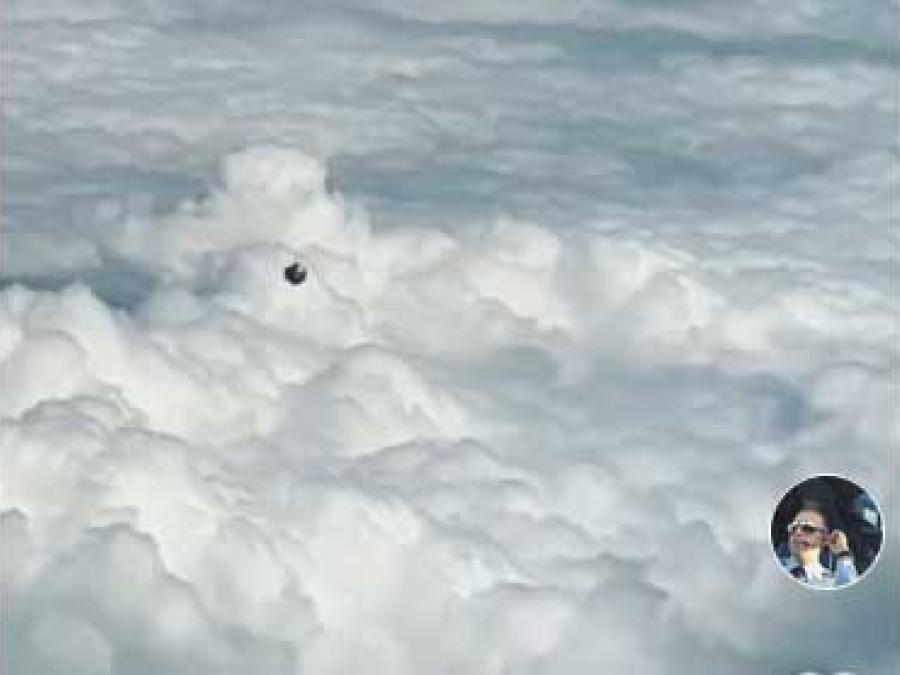 Here is another case where a pilot records a UAP out of the cockpit window. Looking back on the history of UAP videos it's extremely rare to find any video recordings by pilots inside the cockpit. The only one that comes to mind is an old VHS tape from Michael Hessman's UFO the Raw Footage.

Cesar is a pilot who's also a skywatcher looking for UAPs. You can tell this by watching his other videos he's posted on his TikTok channel. Most of his recordings are of other jets passing by him and on this occasion he finds a black cube or sphere as he flys by it.

Intriguing and suspicious UAP footage that's looks too good to be true!

Once again the most productive UAP analyzer on youtube GetOnThisPlanet has taken out the camera movement and locked down the object in question.

Is this the object the pilots on the USS Theodore Roosevelt UFO incidents saw in 2015 as a sphere encasing a cube? While the video looks interesting I have a problem believing this is a real capture unless there is allot more footage we're not seeing here. The only way I can see this footage happened is this clip is a small edit from a much longer scene. You just don't start recording on your phone, then pan the camera out the window and along comes a UAP and you get pretty decent footage of it and then stop the camera.

Why did he start recording? Why did he stop with a UAP in progress? Perhaps the person who did captured this Cesar Murillo Perez saw this coming on radar or knew he was approaching some mundane weather balloon in the sky? How did he know that object was there and he needed to start recording?

I'm not a debunker but I don't just jump all in 100% on videos that look good but are suspicious and have questions about the circumstances of how you happen to record this. I get asked that question all the time about my videos. "Why were you recording to begin with?" is often asked by reporters.

One thing fake viral UAP videos all have in common is they are typically under 30 seconds long and start and end with the UAP in it. Fake videos are designed to be viewed in under 1 minute because the attention span of the viewer is very short.
Recently another recording by a pilot was submitted to MUFON.


Start of a new trend with pilots skywatching and uploading their results from their iphone or now pilots have entered the troll viral marketing and putting UAPs into clips with After Effects?

This video Ranks 3 on our ranking system.
Tags: Cubecockpit2020Phone