Link to the video capture. Video

I was driving to go pick up somebody in downtown OKC and I spotted on object to my left floating over some buildings. I didn’t get a great video of the first one but I kept driving and saw a second one directly in front of me, which is the video that I have attached in here. It was a triangular object with lights all the way around, first hovering and then slowly taking a westward flight path. Very slow movement. Lights never wavered. Could definitely tell it was completely triangular from the lights. I have seen something before but not like this and so close. Thought it was crazy as hell. I lost sight because I was driving and recording but I didn’t stop as I was on the interstate.

Very interesting capture and it's a match to the UAP in Pueblo, Colorado December 2, 2019.

Image below on the Left (Oklahoma City Triangle) and Image on the Right (Pueblo, Colorado Triangle). 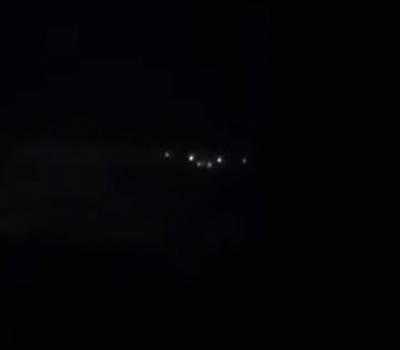 This looks like the same object captured by different people in different states that's over a year and a half apart.

If you have video of this or know what it is contact me. Let's figure this thing out!

This video Ranks 2 on our ranking system.
Tags: Triangle2018Phone