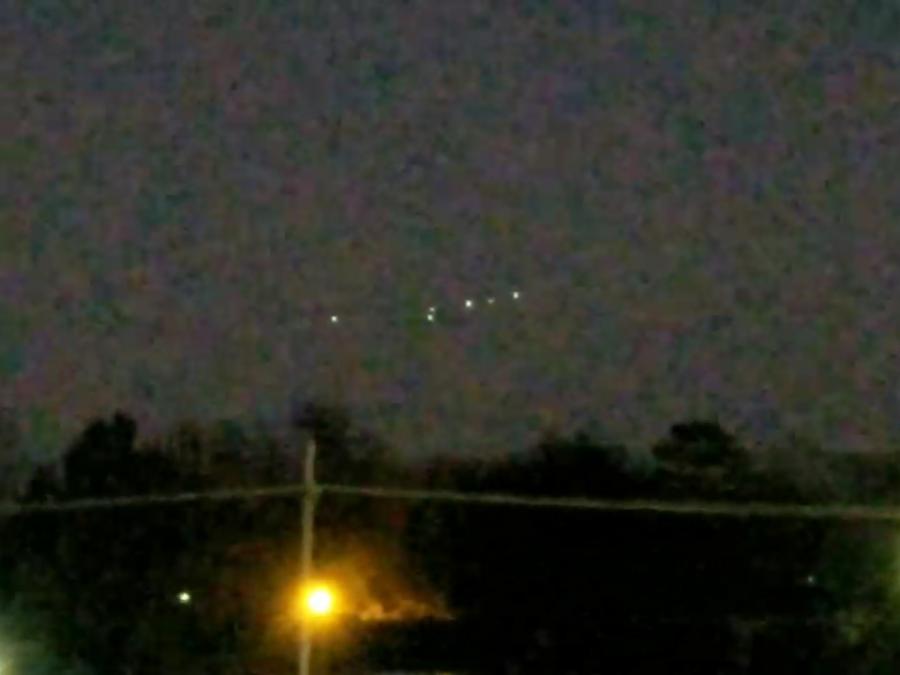 This is an awesome capture by Charnell C.

She's tells her story about her recording on her youtube page.

"Hi...my name is Charnell and on January 5, 2020, I came home and saw a fleet on ufos flying towards my apartment complex. I live in Bossier City, Louisiana, down the street from Barksdale Air Force Base. I see and hear airplanes all of the time out here, but these were not airplanes. They had no sound and moved very slowly. They had lights that changed to different colors. I was hoping that they came straight towards me but they veered towards the right of my complex as they flew by. This is not the first time that I have witnessed strange things in the sky, but these were not airplanes. I grew up in Houston, TX near Hobby airport and I am very aware how loud airplanes can be. Please tell me what you think about this video." 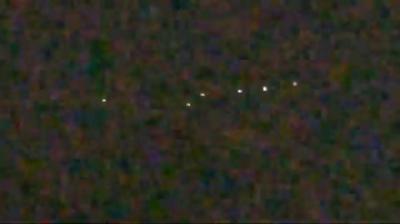 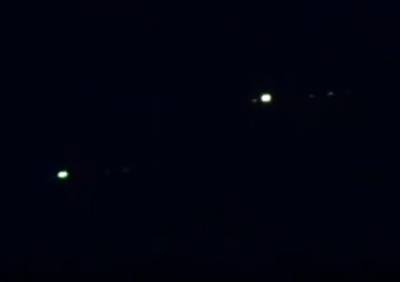 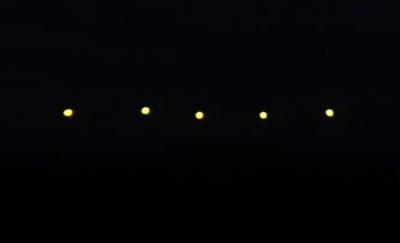 If you look closely each of the 5 lights is actually a set of 5 more lights. You can see this more when the 5 disappear and he looks at 2 more that suddenly appear.

This is the video I recorded on March 13, 1997 of the Phoenix Lights. For the first couple of years I believed what's seen in this video is a UFO. Especially the first months right after the sighting took place. MUFON said it was a UFO, so did Village Labs, the Air Force said they know nothing about it. So over the coming months the flare explanation became the likely reason why these objects are in the sky. By 1999 I was convinced since we don't see anything on the four videos of the 10 PM object doing anything flares can't do. Then the simplest answer is they were likely military flares.

Now after watching Charnell's video. I don't know anymore, I just told a TV show a few weeks ago. "I'm 99.9% certain what I recorded that night were flares".

Now? I just can't say that anymore. This grouping looks like it's a thing'. I see it in other videos. A group of 4 objects, then you have 1 object that lingers off to the left of the group.

This "Phoenix Lights" look of 4 or more in a line with one off to the left is seen in this capture from Chelyabinsk Oblast, Russia. June 14, 2018 by Михаил Деныщенко

This video he shot could also be just some flares. But how do you tell the difference between just some flares in the sky or what Charnell C. shot? It seems like the UAPs can mimic regular aircraft lights, flares, and other normal things found in our skies.

This video Ranks 3 on our ranking system.
Tags: Phoenix LightsLouisianaPhone2020