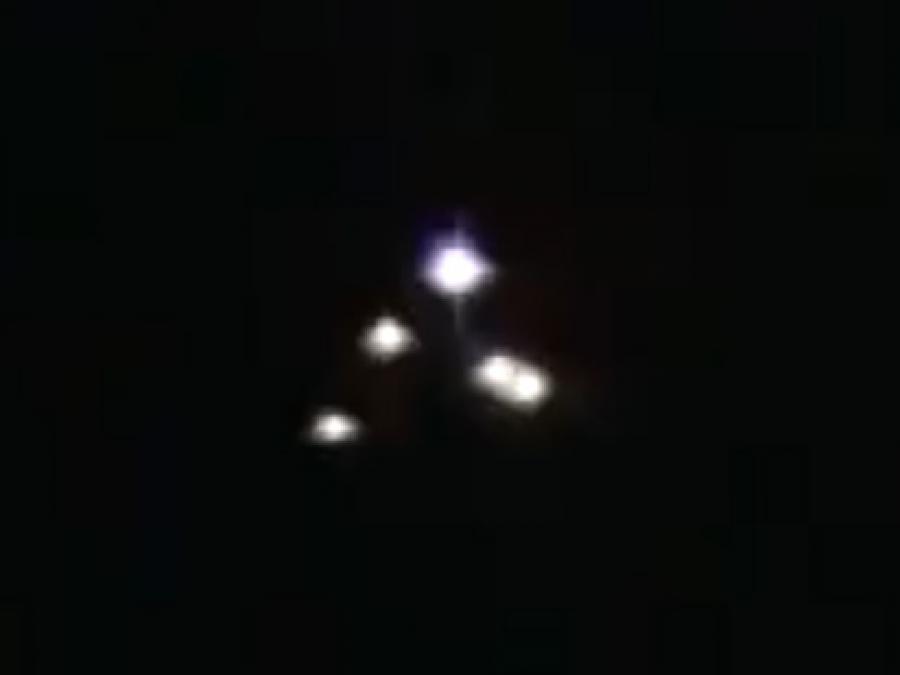 This triangle pattern of lights is seen in many other videos. It looks like the Big Black Triangle Captured in Bakersfield, CA 10-13-2007!

Image below on the Left and Right JW's BulletsNBlades. 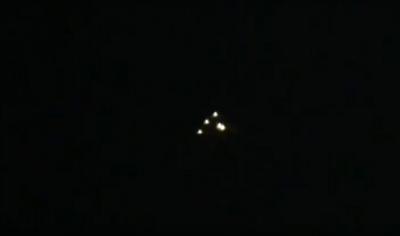 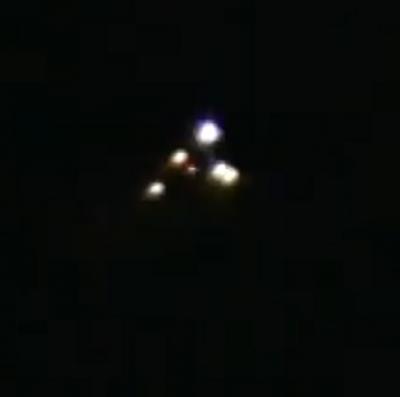 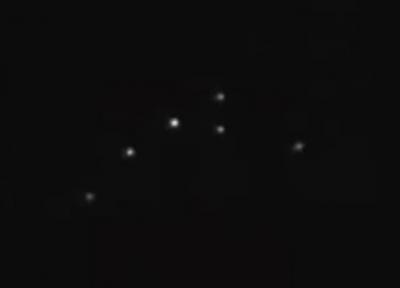 When you start looking at the black triangle evidence you can see some videos are capturing the same object that's been flying around for several decades.

It doesn't make a sound.

Sometimes all the lights dim out at the same time.

The color of the lights can be just about any thing. Purple, red, blue, green, yellow, orange.

The object is seen flying sideways.

Any of the lights on it can strobe.

Sometimes each light is actually a group of three more lights.

It's often seen flying with another craft just like it.

Sometimes lights depart or eject from the main group.