In this video a silver sphere is seen in the sky and a small UAP flys up to the larger UAP and gets pulled into. This video has been nicked named the "T-1000" UAP video. Liquid metal floating in the sky.

The smaller object in the lower right image somewhat resembles the two objects from the 2013 Aguadilla Puerto Rico UAP/USO. 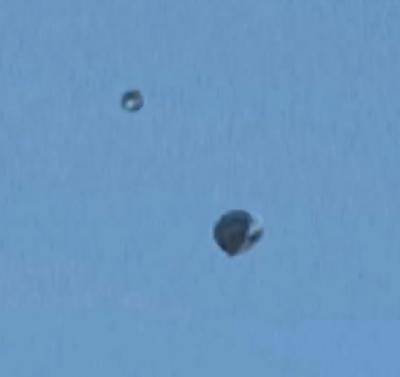 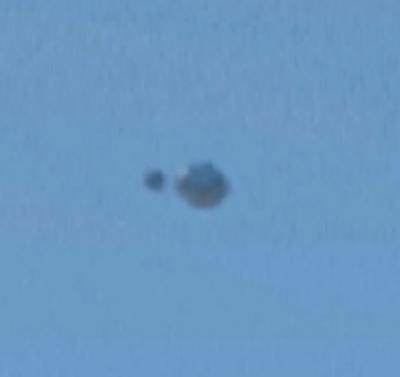 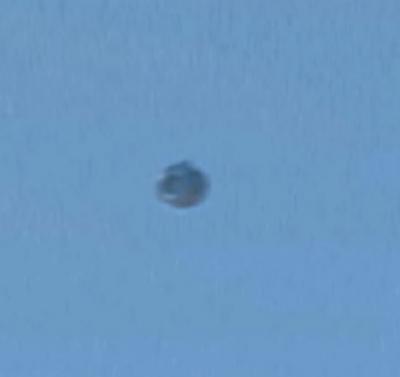 The smaller object flys up to the large object and merges with it. The larger object doesn't appear to grow in size at all.

This video is either CGI and fake or it's an incredible UAP video. It's too bad we don't get to hear the original audio. I hope a TV producer gets a hold of the Polish group and finds out if this is a legit UAP event or yet another After Effect UAP video. It's nice to see some clear video, let's see if we can get the original video loaded online with an interview with the person who recorded it.

I don't really put much faith in short videos without the original audio. That's 2 red flags that the video was created for viral reasons. However it's also short sighted to just dismiss everything that comes along. As a reminder the Tic-Tac video was first posted on Above Top Secret. Pretty much the entire website from the moderators on down all trashed it and years later. It turns out every single of one of them who dismissed that video was dead wrong!

This strange video Yin to the Yang of the video below.

We can as a society barely acknowledge that these objects even exist in our skies. We have along ways to go to learn about them.