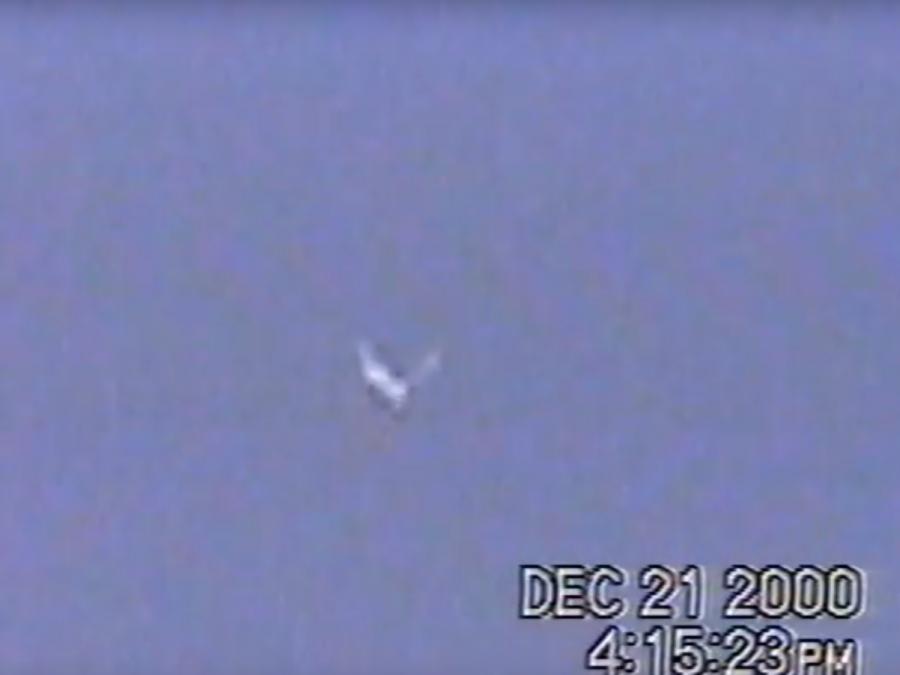 This is a rare capture of a Boomerang UAP flying in the daytime. It was captured by Mike Fortson who was an avid skywatcher that lived in Arizona. He really never believed in the subject until one night on March 13, 1997 when he woke up from a nap and looked out the window. He described what he thought at first was a plane was crashing. He yelled to get his wifes attention and they went outside at 8:30 and he witnessed a mile long craft going down Alama School BLVD heading south.

That night changed Mike's life and he says that no doubt in his mind what he saw on March 13, 1997 was an alien craft. Mike didn't have a camera in 1997 but not long afterwards he bought a nice Sony camera and was determined to see that craft again and next time get it on tape. He accomplished that when he saw this boomerang shaped UAP heading over him in Chandler. Mike said the object was really high up in the sky, and it was going fast. Mike always had his camera at the ready and managed to get a few seconds of that boomerang on tape. Mike thought what he captured on this daytime object could be the huge Vee from the Phoenix Lights as he saw both objects.

This video Ranks 3 on our ranking system.
Tags: 2000BoomerangPhoenix Lights