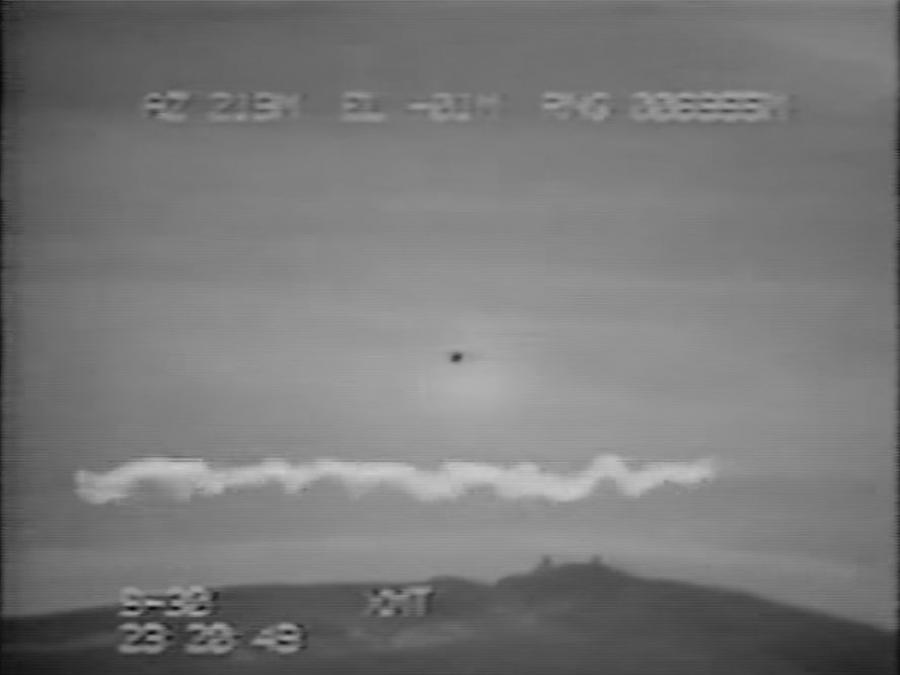 This is the full version of the Nellis Video showing the entire video. This video has been very hard to find for years but thanks to this Youtube, Ecker2010 everyone can check it out!

This video was smuggled out of undisclosed secret base by an Air Force employee of an UAP on a military tracking system. The video was sold to Hard Copy and its often referred to as the Nellis footage. The voice of the man is slightly disguised in interviews but it might be the same person who did video analysis on Lee Elder's "Masters of the Stars part 2"

This is the Hardcopy coverage of the Nellis incident. This object looks like its shape shifting. There are alot of armchair experts to claim this is just a balloon that strayed into the targeting area. Keep in mind with that attutide the Tic Tac video leaked on to the ATS forums in 2007 and nearly the entire website and even the admins wrote that off. Look who was really wrong, just about everyone on some internet spots.

The best place to do any research on this case is over at the Roswell Proofwebsite. This http://www.aenigmatis.com/nellis-ufo-video/part-one/nellis-1.htm website also is worth taking a look to understand more on this case.

The event consists of two separate camera angles. The first camera angle shows the background on the horizon with the object hovering over it which was recorded at S-13. It seems that nobody really has a good copy of that section and its quite rare. The second angle is the most well known angle that shows the morhping UFO seems to keep it distance from the camera while flying over the radar tracking range known as S-30. According to some researches who have animated the flight path of the object it was traveling from various speeds of 30-700 MPH.

The popular TV UFO news show 'Sightings' covered it at the time. If the animation is right the object kept its distance away from the tracking cameras. This shows that it seems to be operating under some kind of intelligent control and not a balloon caught drifting in the wind.

Youtuber QUFOSR has stabilized the video above which is interesting. Sometimes you can debunk a video after stabilization or it could show very weird flight behavior.

I found an object recorded by Prophet Yahweh in 1999 that he describes as a metallic four leaf clover UFO. It does have a similar appearance to the Nellis footage. It also looks like balloon caught in the jet stream.