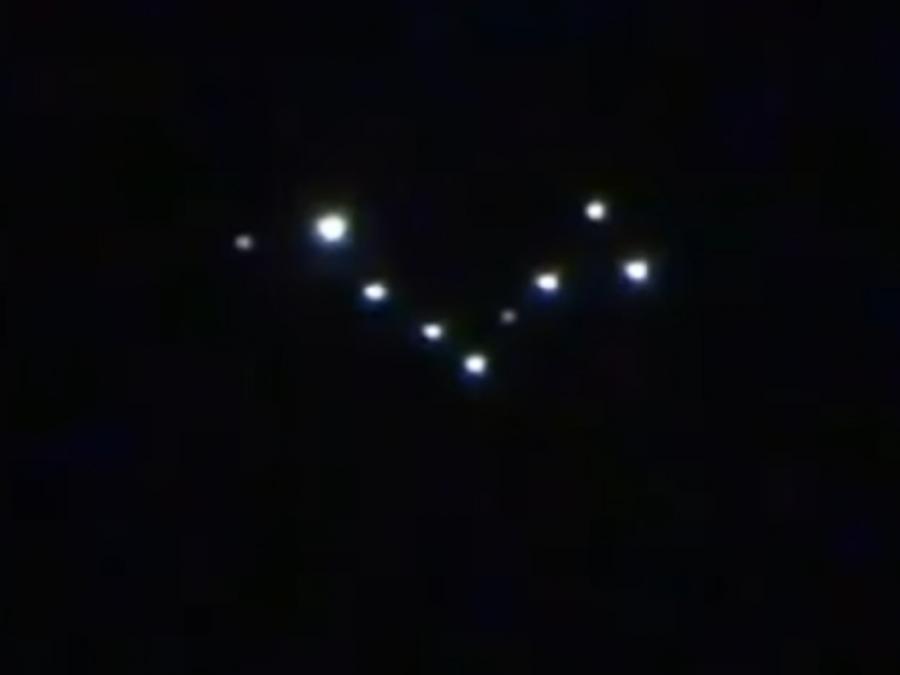 Is this the Russian Phoenix Lights or something else? The first video looks to be recorded inside of a car pulled over on the side of a road. The lights slightly move around but stay in the same general formation over all. As the video progresses another triangle of lights forms to the left of the first group. Something I've noticed studying the large black triangle is there are often two them for some reason. This actually some of the best triangle footage captured so far. There is alot of data to study from this video to look at with how the lights seem to move around and later hold a formation. Witnesses of the Phoenix Lights said the lights would undock and fly around and later join back up with the large triangle. With this video we can see that type of activity taking place to back up what some witnesses describe about these triangles.

Here is another camera angle of the same event. This was a mass sighting that was seen by many people as you can see them checking out the strange lights in the sky.

Here is a third different camera angle of the same event.

This video Ranks 3 on our ranking system.
Tags: 2015RussiaPhoenix LightsTriangleBoomerang