The 2004 Nimitz UFO Encounter. The UAP Case That Changed UFOlogy! 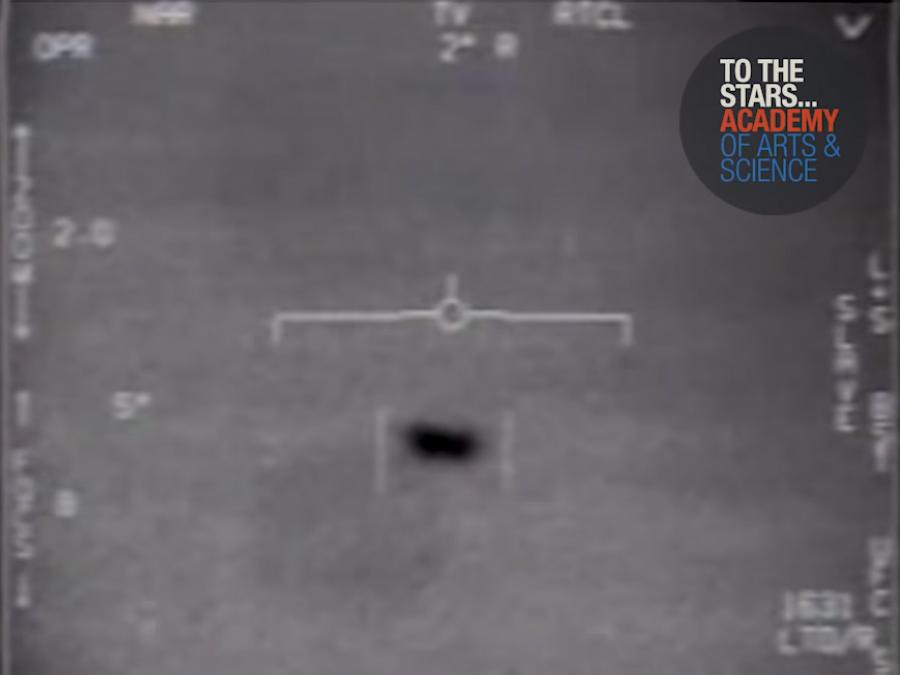 FLIR 1 Official UAP Video recorded by the US Military

The USS Nimitz UFO incident was a radar-visual encounter of an unidentified flying object by US fighter pilots of the Nimitz Carrier Strike Group in 2004. Multiple F/A-18 Super Hornets pilots led by the commander of Strike Fighter Squadron 41 communicated that they saw something, and radar signals were seen by United States Navy ships and aircraft in the area. An infrared video recording by an F/A-18 of part of the incident has also been released.

The primary encounter occurred during a combat training exercise being conducted in the Pacific Ocean off the coast of southern California on 14 November 2004, with purportedly related sightings occurring in the days before and after this encounter. A 2015 account of the incident on FighterSweep.com, interviews with one of the pilots, and subsequent news reports describe the sighting of an "unidentified flying object" by six Navy Super Hornet fighter jets.

Thirteen years after the incident, in December 2017, infrared footage of this and two other incidents was released to the public by The New York Times and an entertainment company named "To the Stars". According to The Washington Post, the video was released by former intelligence officer Luis Elizondo to shed light on a secretive Department of Defense operation to analyze reported UFO sightings, the Advanced Aerospace Threat Identification Program.

The video recorded by Chad Underwood

Some of the Witnesses

Click on each name to read about them or see them interviewed about their part in this story. David Fravor
Navy Pilot
USS Princeton

"My job was to man the radars and ID everything that flew in the skies," Day said in the documentary film The Nimitz Encounters.

"When they'd show up on radar, Voorhis says, get the relative bearing and then run up to the bridge and look through a pair of heavily magnified binoculars in the direction the returns were coming from." Describing what he saw during the daytime, Voorhis says the objects were too far off to make out any distinguishing features, however, he could clearly see something moving erratically in the distance.

"Once we finished all the recalibration and brought it back up, the tracks were actually sharper and clearer," Voorhis says."Sometimes they'd be at an altitude of 80,000 or 60,000 feet. Other times they'd be around 30,000 feet, going like 100 knots. Their radar cross sections didn't match any known aircraft; they were 100 percent red. No squawk, no IFF (Identification Friend or Foe)" Gary Voorhis

"Hughes" jobs was to secure the hard drive data recorders from the airborne early-warning aircraft, the E-2 Hawkeye.

"We call them bricks, but they contain the software to run the airplane and they also record or can record a lot of the data that the air crew sees during the flight," said Hughes in a YouTube interview.

On November 14, as Hughes performed this routine task, he was unaware that the E-2 hard drives he was securing away in a classified safe had just come from the Hawkeye that Day first tried to use to intercept the mysterious UFOs.

In addition to turning over his data tapes, Voorhis says he was told by this chain of command he needed to reload the recorders for the ship's advanced Combat Engagement Center (CEC) because it had also been wiped clean, along with the optical drives with all the radio communications. "They even told me to erase everything that's in the shop " even the blank tapes." Voorhis says the only other time he can recall having to turn over his tapes like this was after an aircraft crash during one of his combat deployments. "